The New Titan Retro Smock and a Record-breaking 222 lbs Skate make the headlines (April 2012) Congratulations to Andy Logan of Carrickfergus, Northern Ireland. For the full story see the Daily Mail.

Our mate Steve with Skate in Stornoway again (2011) this time sporting his trusty red Titan Smock. 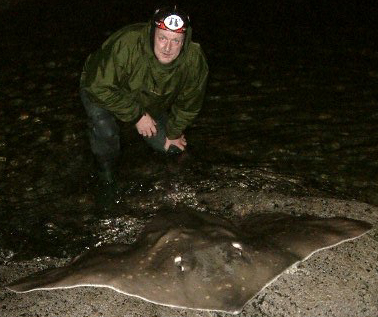 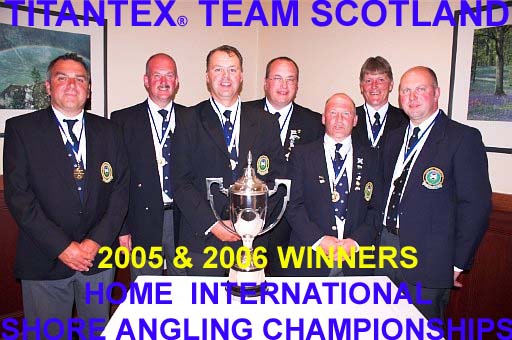 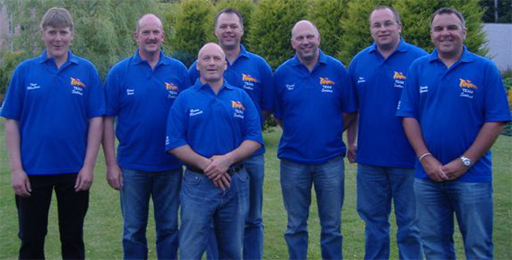 Holyhead, Wales 2005: CONGRATULATIONS to TITANTEX TEAM SCOTLAND who reign victorious as the Home Nations Shore Competition Championships. They finished the two-day event with a total of 32 points out of a possible 40. Most of the Scottish team resorted to scratching for small species during the tough event at Anglesey. The winning tactics were to target small wrasse just 30 yards out, while the big casters tried their luck for dogfish at extreme range. After day one the Scots were out in front with a total of 16 out 20 points. On day two the Scots took a good lead again, ending up with another 16 points to take their final tally to 32 points. Well done to Brian Burn (manager), David Neil (captain), Alan Combe, Sandy Wason, Brian Maxwell, Iain Graham and Tom McLean (reserve). 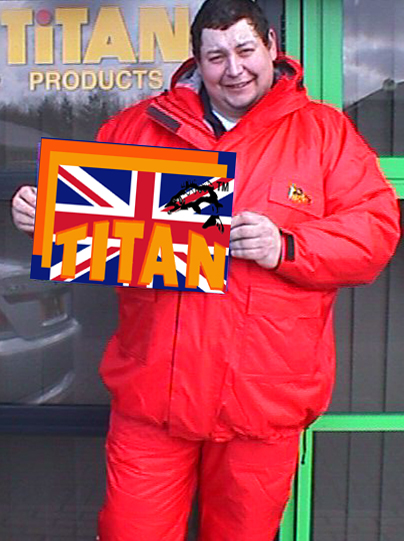